Looking for frog legs or authentic Armenian and Middle Eastern cuisines? Then Marouch is the ideal place for you to go. Marouch is in the center of a strip mall next to a 7/11 and a fast food Philippine restaurant. Marouch is a restaurant, which one might not consider fancy, but in fact it is. The restaurant interior stands out and it is the complete opposite from the exterior. Marouch is an ideal place to dive into exotic food that one might not try under different circumstances. It will leave people in wonder and amazement at the cuisines found at the restaurant.

The restaurant might not catch a lot of attention because of its placement, but the interior of the restaurant is intriguing. Marouch takes its castle theme seriously. It has huge windows just like the ones found attached to a castle that emanates light, bringing the natural radiance from the sun to the restaurant. The lighting is meant to represent the lack of brightness that a real castle has, in order for the visitors to feel like they have traveled back in time and are dining in a restaurant just like royalty.  The gray brick wallpaper has pictures of the outside view of the castle. We can observe a variety of objects just like a picture that makes one feel like they are looking over the village or to a tree; it is a unique and well thought out interior design. If the interior theme does not make one feProxy-Connection: keProxy-Connection: keep-alive
Cache-Control: max-age=0

-alive
Cache-Control: max-age=0
fancy and royal, then the wines that are stacked up in a corner might.

The menu brought by the waiter is intense. There are a lot of different unusual meals to choose from and they are all unknown for a person who has a little experience with Armenian and Middle Eastern cuisines. If you fear to try any of the strange delicacies such as frog legs one can stick to kebabs, but not venturing into the different food will be disappointing.

The first time I went to the restaurant I did not know what to try. The food on the menu looked out of this world. In order to solve my lack of knowledge I went with the kafta kebab made from lamb. I also ordered some of the restaurant's fresh lemonade. As I waited for my meal the waiter approaches my table with a plate that is well decorated that consists of black olives, bitter sour pickled turnip that has a low spicy taste at the end, a spicy pickled pepper, a green onion and topped with a mint to make the dish spirited and aromatic. Along with the decorated dish I received two pieces of pita bread, which I was sure that it would complement the luleh kebab. My lemonade also arrived with the dishes. The lemonade was nothing from abroad, it consisted of the ordinary ingredients found in one's average homemade lemonade. 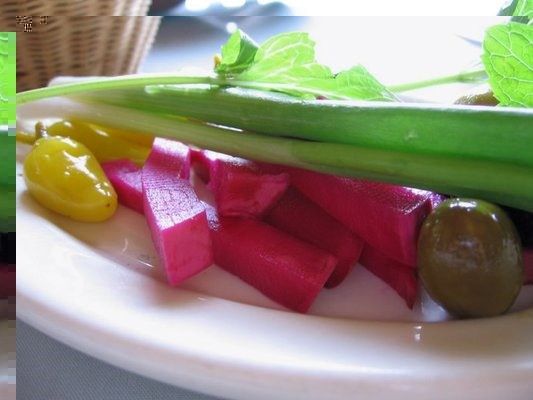 When the kafta kebab arrives at my table. My first thought was that the portion was small but suitable for one person. Kafta kebab or luleh kebab is a simple dish which can be made from lamb, chicken, or beef. I chose the lamb because I have this idea that the Middle Easterners know how to cook their lamb and make something special with it. The lamb is charbroiled   and seasoned with pepper and oil. It has a soft smooth taste and it is packed with its own simmering juice. The meal also arrives with garlic sauce that glorifies the kebab with more flavors. The dish is complemented with seasoned rice and charbroiled onion and tomato. I left the restaurant with a satisfied stomach but a sad wallet.

For my second visit at Marouch I became a daredevil by trying out the frog legs that caught my attention the first time I visited the restaurant. The ordering of food was the same. Before the appetizers arrived, which are the frog legs, the waiter brings the decorative dish that consists of the crunchy bitter pickled turnip and the rest of its companions. The dish is served the same to every table along with the two pieces of pita bread.

When my desired frog legs arrived I was amazed at the small portion of the dish. Well, I guess I cannot expect a lot since I ordered from the appetizers or as the Armenian refer to it, the meza section. The three pieces of frog legs looked very inviting with its yellow sauce that decorated the bottom of the plate. I stood staring at the strange but beautiful plate not knowing how to approach the dish. So I took a fork and a knife and tore up a small portion of the frog leg not wanting the meat to touch the illuminating sauce that covered the bottom of the plate.

My first impression of the meal was that something was wrong. The frog legs lacked flavor. It was just a piece of meat that was a bit chewy but it was bland. The frog legs did not taste like chicken at all nor did it have its own unique taste. The savior of the day was the lemon juice that covered the bottom of the plate. The yellow substance that was bursting with a citrus flavor and gave life to the frog leg was kind of like a nostalgic taste and practically the best part of the frog legs.

Once again I left Marouch with a sad wallet and an unsatisfied stomach craving for more food, but it was all I could afford with my limited budget for the frog legs that were 15 dollars during dinner hours. The only time which one can enjoy Marouch is by coming in as a group of people during lunch hours where food is at its lowest price. Marouch is an ideal place to visit if you are looking for exotic food. The menu is full of unknown cuisines and can be affordable during lunch hours. I recommend visiting the restaurant with a group of people in order to try different cuisines from the large menu. 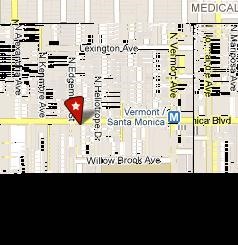 Want to master Microsoft Excel and take your work-from-home job prospects to the next level? Jump-start your career with our Premium A-to-Z Microsoft Excel Training Bundle from the new Gadget Hacks Shop and get lifetime access to more than 40 hours of Basic to Advanced instruction on functions, formula, tools, and more.

Other worthwhile deals to check out:

Join the Next Reality AR Community

Get the latest in AR — delivered straight to your inbox.

really nice article, It made me hungry